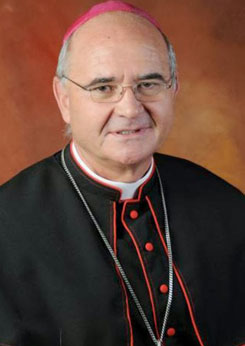 Born in Welkom on 24 September 1956.
Schooling at St Agnes’ Convent, Welkom and CBC, Welkom
Seminary: Philosophy at St John Vianney, Pretoria and Theology at the Missionary Institute, London
Ordained a priest on 19 November 1983.
Ordained Bishop of Kroonstad on 28 January 2007.
Installed as Archbishop of Cape Town on 7 February 2010, on the Solemnity of Our Lady of the Flight into Egypt, the patronal feast of the Archdiocese of Cape Town. 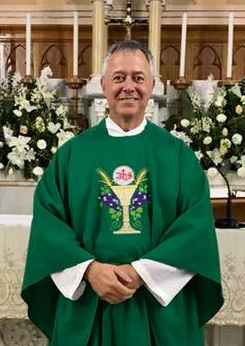 Fr Andrew Cox was born and raised in Cape Town. The eldest of four children in a devout Catholic family, he was schooled at Rondebosch Boy’s Preparatory and High Schools. After school he entered the Field Artillery under the prevailing conscription laws and became a lieutenant involved in training the new intake and weapons’ testing. After the military, he worked for a construction firm in the U.K. in road building. Following this he entered St Peter’s Seminary in Hammanskraal for his orientation year after which he entered St John Vianney Seminary in Pretoria where he studied his philosophy. After completing his Philosophy studies, he left the Seminary to do a BA degree at UCT, majoring in History and living in the Catholic residence of Kolbe House. During this time he had to stand trial in Bloemfontein for refusing to take up arms and lead a unit to the townships during the State of Emergency, proclaimed by the National Party, to violently quell the legitimate aspirations of those fighting for their freedom against apartheid, because he regarded the struggle as legitimate.

After graduating from UCT, he returned to the Seminary in Pretoria where he completed his Theological studies, being ordained to the priesthood in 1992. He has served in many capacities, serving in 10 parishes to date, serving on the founding staff of the St Francis Xavier Diocesan Seminary in Montana, Cape Town, and later returning as Vice-Rector and Dean of Studies at its new premises in Athlone. He has also served as chaplain to a Pro-Life group in Cape Town and helped with the establishment of the Mater Domini Home which offers mothers who do not wish to abort their babies, an alternative. He was both a Council and Regional Chaplain to the Knights of Da Gama, Archdiocesan Director of the Pontifical Mission Societies, a member of the College of Consultors and the Presbyteral Councils, a Dean of the Constantiaberg Deanery and chaplain to the Phoenix Foundation, dedicated to assisting burns victims. He was a keen sportsman, playing hockey, tennis, volleyball and squash, until a spinal injury ended his sports involvements. He is the nephew of a former parish priest of st James, Msgr Donald de Beer. 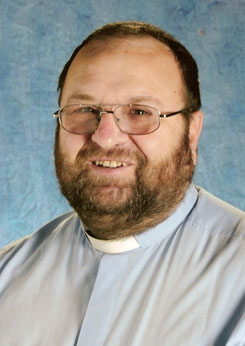 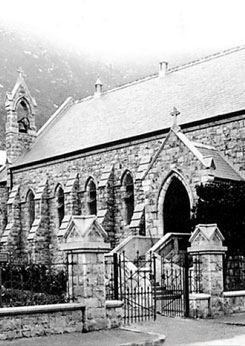 History of the St James Church

The parish was established in 1859 mainly to serve the Filipino settlers that had settled in Kalk Bay.   The first church was situated where the present St James railway station is built.  In 1874 Fr Duignam became the first priest to reside at the parish.  1901 marked the opening of the present Church building.  In 1947 the present entrance to the church was opened.  It was consecrated by Archbishop Henry in the year 2000. The year 2009 marked the 150th anniversary of the parish.  There are two schools attached to the parish, namely St James Kalk Bay and Star of the Sea next to the Church.

Priests who served the parishoners of St.James

About St James the Greater